The Roydon Group has over thirty years’ expertise in providing cost effective and responsible waste management and recycling solutions and is one of the UK’s largest recyclers of plastic materials. Based in Swinton, Greater Manchester, the Group has invested steadily in state-of-the art machinery and systems and serves industry, local authorities, materials recovery facilities and other commercial organisations across the UK.

Twelve months ago as part of its strategic investment plan, Roydon Group invested £3 million in a brand new Optical Bottle Sorting plant. Manufactured by McDonald International at Tullamore in the Irish Republic, the plant – regarded as the biggest of its kind in the North West of England – processes 200 tonnes of waste per day, segregating polymers by PET, HDPE PP and colour, as well as separating out Aluminium, Steel and Glass. In mid-2013, Roydon’s on-site Health and Safety manager expressed concerns with the level of safety guarding around the sorting plant, which he felt was inadequate. In addition, during
operation, debris would collect in the underside of the processor and the only way to remove it was to unbolt and remove the protective belly-plates beneath the equipment – a procedure which
took two engineers three days to complete and which had to be performed every month – and which obviously meant the forced shut-down of the entire sorting operation for that period.

Graham Stanhope, Factory Manager at Roydon’s Swinton processing plant, realised that if he installed purpose-built machine guarding around the perimeter of the sorting plant, this would
make it inaccessible to unauthorised employees, thereby creating a totally safe environment. This would enable the belly-plates to be removed permanently and avoid the need for a three-day shut down every month.
It was decided to go out to the market for specifications and quotations and one of the companies he approached was ASG Services who supply the SATECH range of machine guarding. He found the
ASG Services machine guarding website very easy to navigate and when he made contact, the ASG sales team were very helpful and informative.
Graham stated that the SATECH machine guarding offered easy and fast assembly – critical to Roydon’s operation, it being frequently necessary to remove several sections of guarding to allow
forklift access into the restricted area. “The combined package of equipment supply and installation offered by ASG Services was competitive – and with a two-day install guaranteed it made our choice of supplier easy,” he explained.

The benefits of installing SATECH machine guarding from ASG Services are numerous: as well as fulfilling the primary requirement of creating a safe environment for its employees, Roydon Group has also made significant financial savings by no longer needing to shut the plant down for three days each month, tying up two engineers in the process.
“Keeping the plant clean now takes just one person to sweep up debris on a daily basis – a taskthat takes less than one hour per day,” said Graham Stanhope. “It’s a very satisfactory outcome.”
Another great machine guarding solution from ASG Services and SATECH. 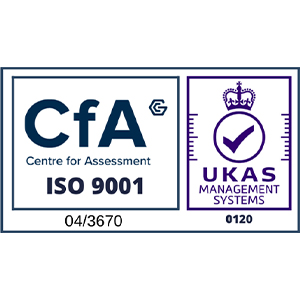 Want to know more about ASG Services? Get to know us!